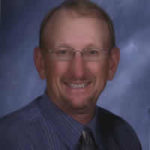 Occasionally, something really good appears on social media. Here’s a letter to the editor that recently appeared on Facebook attributed to Steve Garrington of Davenport, as he described his thoughts on the pilot of a plane he was on. He described watching the pilot enter the cockpit and thinking to himself how odd it seemed to be putting his life in the hands of someone he … END_OF_DOCUMENT_TOKEN_TO_BE_REPLACED

Recently Gov. Tim Walz made headlines, proclaiming a commitment to fight the climate change monster that will destroy earth without drastic action to stop it. Is he correct? Does he believe “The Green New Deal” can save the planet? Nope. He knows the history of 60 years of falsely proclaimed climate calamities and that reliable studies prove his 100% green energy initiative … END_OF_DOCUMENT_TOKEN_TO_BE_REPLACED

Impeachment of President Trump has long been the goal of the Radical Left as a means to overturn the 2016 election. With no viable presidential candidate and scant prospects of an economic downturn that could help them, Impeachment has now transitioned to “Last Ditch Hail Mary Pass.” Lest Conservatives become overconfident, I don’t feel certain the 2020 elections will favor … END_OF_DOCUMENT_TOKEN_TO_BE_REPLACED

On the occasion of the next Democratic debate, candidates will likely lay out their vision for healthcare. (This is actually a misnomer, since the discussion has nothing to do with actual “care” and refers to “Insurance.”) Most candidates will support a single payer system that puts government in control. Is this a good idea? Let’s take a factual look.  •Medicare for All is … END_OF_DOCUMENT_TOKEN_TO_BE_REPLACED

Here in America we are fortunate to have a system that encourages free and fair elections; or that is what we aspire to. We go to great lengths to protect the integrity of our elections, and rightfully so. The people who serve in government should reflect the wishes of We The People.  America worries constantly about interference from foreign entities, as recently evidenced … END_OF_DOCUMENT_TOKEN_TO_BE_REPLACED