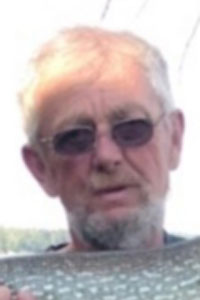 Arthur Allan Aas, 69, of Chatfield, Minn., unexpectedly passed away on July 4, 2019. He was born in Windom, Minn., to Mervin A. Aas and Lorraine M. Bauer Aas in 1950. He lived with his large family in Windom on a small farm. Art loved the family farm and had many wonderful times there, hunting and trapping, pulling cockleburs and hitting baseballs over the barn until 1965, when the family moved to Rochester, Minn.

Art spent a year back in Windom for his junior year living with his bachelor Uncle Henry Aas and friend “Skinner.” These characters helped him grow up quickly with a great sense of humor. He returned to Rochester and graduated from John Marshall High School in 1968. Art then joined the Marines and went to Vietnam. He is a war hero and we are all very proud of him. He was a Sergeant in the United States Marines.

After his stint in the Marines, Art returned home and after many odd jobs became a skilled craftsman bricklayer like his father. Art worked for Johnny’s Saloon in Elba, Minn., K&R Masonry, Kittleson Masonry,  and after partially retiring in 2016 he worked at Sunshine Foods in Chatfield. He was the commander of the Chatfield VFW, and was known for his famous Tom & Jerry’s at the VFW. Art was very proud of being a veteran and supported his fellow veterans at the VFW.

He married the love of his life, Donna Shaw on June 15, 1985. His beloved daughter, Nicole M. Aas McCabe was born January 31, 1988. The family was his life and he was a wonderful father.  His home in Chatfield boasted one of the finest gardens and he and Donna spent many hours canning, freezing and making jelly. He had a great sense of humor and loved to laugh. He had a heart of gold and was very sensitive to the plight of others.

Art loved to fish and he would take a family trip to the cabin on Third Crow Wing twice a year, once in the summer and then again in the fall for a guys trip and spent his days off and weekends fishing in Winona during the summer. Fishing became a way of life for Art and many people were lucky enough to get to fish with him; laughing and yes, catching big fish.

Art was in fish heaven with the birth of his grandson, Kolten McCabe. He was a very proud grandpa and loved their time together.

Art was number seven of 11 children; events were large and fun when the family could get together.

Arthur is predeceased by his infant son Jeremy, his parents Mervin and Lorraine, his sisters Sandra Wendel Gjevre and Marilyn Wendel Claussen, his brothers Roger Wendel and Robert Wendel.

May the fishing never end for Art.

To share a condolence with the family, please visit rileyfuneralhomes.com.