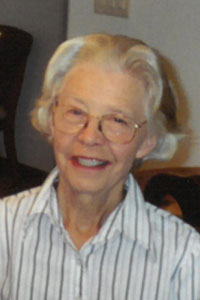 Arleen Marion Bakken was born September 18, 1927, in Wanamingo, Minn., to George and Amanda (Kyllo) Bakken. After graduating from Pine Island High School, she worked at Mayo Clinic as a lab technician until her marriage to Richard “Dick” Patten. They were married June 2, 1948, at St. Ignatius in Spring Valley and to this union, two children were born: Pam and Richard Jr.  Following her marriage to Dick, Arleen became a homemaker. She had a deep love for her children and grandchildren as well as her dogs. Arleen enjoyed traveling with friends and could never pass up a good coupon deal.

She was preceded in death by her parents, husband Dick, and brother Gordon Bakken.