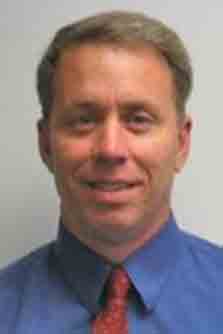 I read with great interest the “Are you paying attention??” commentary provided by Kathie Haynes of Canton, regarding Roe versus Wade being overturned by the Supreme Court. Her commentary left out a fact related to what this means. The Supreme Court is returning the decision to the states and removing it at the Federal level. A basic principle of management and leadership. Decision making to the lowest level of authority that can realistically make the judgment and execute the task. Less Federal government, interesting thought for another time.

According to various news agencies, up to 23 states will uphold the right to abortion. Again and again, news outlets give only partial information and people run with it as fact. I do not know that this is the case for Ms. Haynes. I do take issue with several of her points. First making this a political issue. “As I understand it, conservative people are not happy with this law.”  This issue is not one party versus another, it crosses party lines. It is about what people individually believe is right. See Joe Manchin, Democratic Senator, West Virginia.

Second, the insensitive way in which she addresses abortion. “If Roe v Wade allowed people to have an abortion, if that was their wish, how does that affect someone else?”  I will freely admit I am pro life, conservative, born again Christian, Constitutionalist. Life is very precious and too easily trivialized. Something I learned in 20 years active duty in the military. Life begins at conception. Even the very liberal Princeton University agrees with that statement. This is not a tonsillectomy or wart removal. This is ending a human life. More than 60 million babies aborted in the U.S. – 60 million!

I am solutions oriented, so let us solve this problem. Men and woman, it is simple, do not have unprotected sex. Contraception is available nearly anywhere anything is sold. Abstain from sex since people are unwilling to take responsibility for their actions. Or how about giving the baby up for adoption. Just stop hooking up.

Your point about “And if you are so concerned about ‘life’ how about putting someone to death?”  Are you really comparing capital punishment of a convicted murderer as being equal with killing a baby in the womb?

Whatever happens in the coming months nothing is going to change for you Ms. Haynes or people who believe as you do. Babies will be aborted because of marital status, inconvenience, cramping of style, economics, or some other idea that occurs to them but mostly because they are plain selfish and lazy. It is all about them. To say abortion is justified is trite, unmerciful, and wrong! It is murder! We will all, me included, give an account someday. Forgive us, Lord!