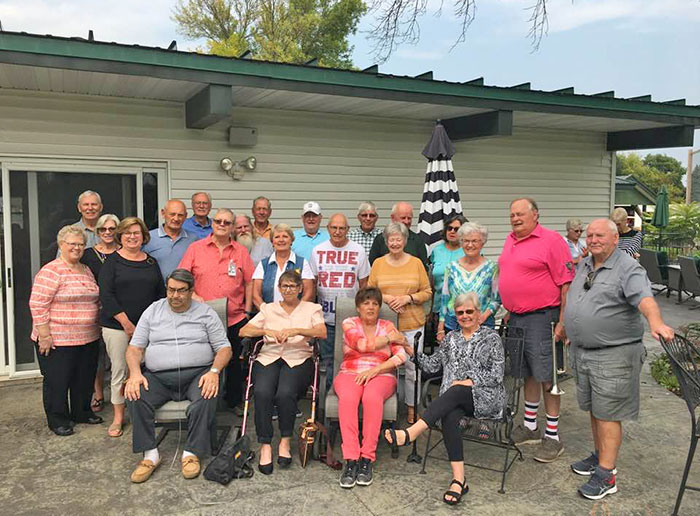 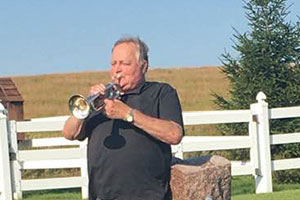 Last weekend, the Harmony High School Class of ‘65 held their 56th class reunion. On Friday, September 10 they honored two of their classmates – David Michel, who was killed in Vietnam June 11, 1969, and David Ryan, also a veteran  of Vietnam, who died August 29, 2013. They visited the cemeteries of these classmates, St. Matthew’s of Granger and Methodist State Line, where they had short ceremonies led by Jacque Ryan. Rob Severson, top photo, played “Taps” at both cemeteries. Rob is a member of Taps for Veterans, an organization that believes that a veteran’s final honors are worthy of a live rendition of our national song of remembrance. Their mission is to provide an opportunity for buglers or trumpeters to sound “Taps” for military veterans’ funerals or ceremonies. 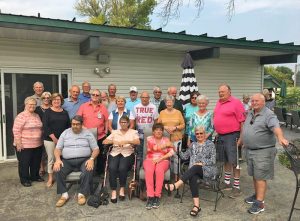 On Saturday the reunion was held at the Harmony Golf Course and in the afternoon, Rob played “Taps” again as a tribute to 9/11 and all veterans.