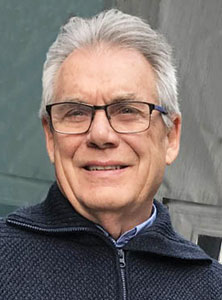 John LeCarre, the novelist and former British spy, was interviewed by CBS about a year ago.  Most of the talk was focused on Brexit — Britain leaving the EU — but then the topic turned to America.

“I’m talking about Brexit, but Americans know the difference between patriotism and nationalism. A patriot can criticize his country, stay with it, and go through the democratic process; a nationalist needs enemies,” LeCarre said.

And that is really the difference between Joe Biden and Donald Trump.

Biden believes in the institutions of democracy and that America is a grand experiment, an example to the world that these processes work in the end.  He also knows that democracy has its shortcomings that it takes an informed citizenry to participate in an effort to create a more perfect union. Biden recognizes that systemic racism is a good example where America has fallen short and that it is an issue about justice, not law and order.

Trump on the other hand has little or no respect for our democratic institutions.  Rather than relying on them as a foundation for solving problems and giving people a fair deal, he tries to bend them to his own will. He knows so little about government or why our founding fathers created three branches of government or how they are intended to work together. Nor does he care.

LeCarre is absolutely right: nationalists need people to blame for all the wrongs of society.

Trump has single handedly created the mess this country is in, but is incapable of finding a way forward, because he is driven by a love of self rather than a love of country.

So America, do you know the difference between patriotism and nationalism?  I think you do.