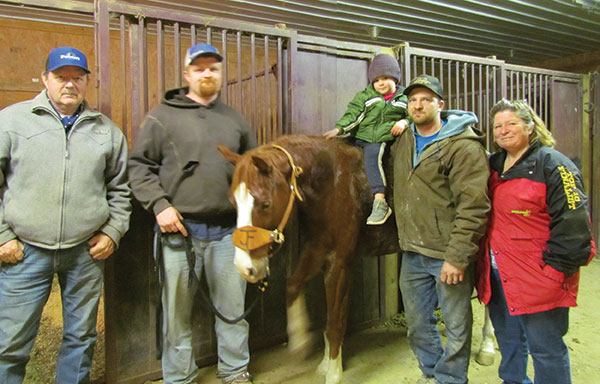 As the name implies, American Quarter horses are bred to run at lightning speed for a quarter mile and are remarkably intelligent. Their build is perfect for tight turns and sudden stops. This popular breed of horse performs as a racehorse and is known for its performance in rodeos, horse shows, and as a ranch horse. Winning is in their DNA, which can be traced back to the Colonial Days of the 1600s.

Earlier this month, this reporter interviewed Steve and Amy Freiheit of Wykoff and two of their four sons, Wesly (Wes) and Travis, while cleaning the stalls at the barn the boys rent outside Chatfield.  Their youngest grandchild, three-year-old Trentyn, joined in the interview as well. It became apparent that winning is also in this family’s DNA. 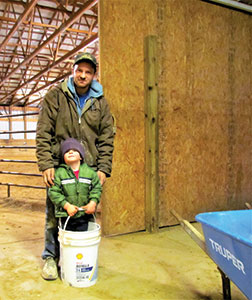 The senior Freiheits grew up riding and met each other on a trail ride. This husband and wife’s passion for riding and competing has rubbed off on the family. Everyone is actively involved in the sport.

Actively engaged husband, father, and grandfather, Steve shared, “We are fortunate to be involved in a business that the entire family can participate in throughout their lives.”

When not competing, Steve and his sons Travis and Wes are long-haul truck drivers, making them comfortable driving across the country to participate in 30-35 competitions annually. Ten of the shows are large, competing in Las Vegas, Nev., Jackson, Ohio, Amarillo, Tex., Perry, Ga.; Tuscan, Ariz.; Fort Worth, Tex.; and Calgary, Canada.

The Freiheits also have two granddaughters, eight-year-old Bryndle and five-year Carley. Grandma Amy proudly mentioned, “These girls are quite the accomplished riders.” Bryndle competed earlier this fall in the United States Team Penning Association (USTPA) World Finals in Amarillo. Carley walked away with the Reserve Grand Championship Fox Trot for five-year-olds at the World Show.

The family has racked up a sizeable collection of ribbons, buckles, trophies, and saddles, in addition to prize money substantiating their winning record. Steve, Travis, and Wes have won three Dodge trucks over the past two years for their championship efforts. 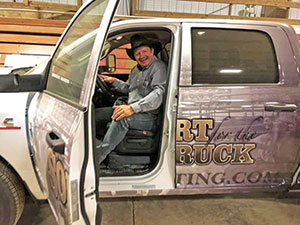 Travis won the first truck a year ago. The patriarch of the family, Steve won one two months ago at the Ranch Sorting National Championships (RSNC) Eastern Sorting Bowl and Super Truck Sort, Henderson’s Arena, Jackson, Ohio. Not to be left out, Wes won a truck in Las Vegas at the RSNC Western Sorting Bowl and Truck Sort, November 28-29, 2020. For the record, all were Dodge trucks.

According to ustpa.com ranch sorting “requires that two riders move a herd of 10 cattle in numerical order from one round pent into a separate adjoining pen in 60 seconds or less.”

According to the current online magazine, The Ranch Sorter, sorting is the number one equine family sport. RSNC boasts over 29,000 members with 6,000 plus teams attending the World Finals.

The entry fee to participate in the RSNC Super Truck Sort is $1,800. Points determine the winner of the truck. Winners must drive the truck for two years before they can remove the wrap listing the sponsors or sell the truck. 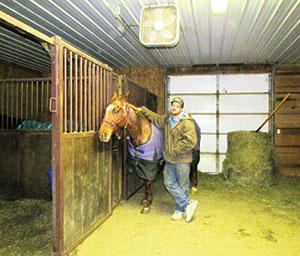 Steve represents the Great Lakes region on the USTPA Board of Directors. Before finishing the evening chores, he mentioned that the family enjoys helping newcomers and beginners to the sport. Anyone interested should contact Steve at (507) 251-4719 or email him at stevefreiheit@aol.com.

The third generation, Trentyn, is posed to becoming a champion sorter and driving a prize Dodge truck like his grandpa, dad, and uncle.