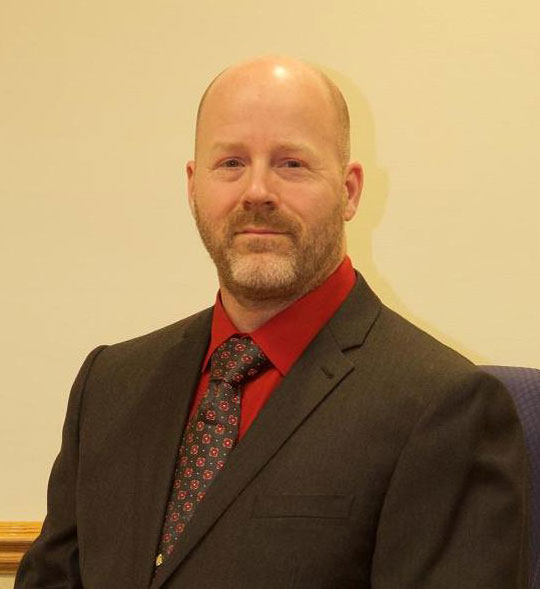 My name is Jordan Fontenello. I have been a resident of Fillmore County for over 20 years.  I graduated from Spring Valley High School, then served in the Minnesota and Michigan National Guard from 1989 to 1995. From 1992 through 2000, I was an X-ray technologist at War Memorial Hospital in Sault Ste. Marie, Mich. Upon moving back to SE Minnesota, I worked at EconoFoods South in Rochester, followed by employment with Walmart, where I have been for the past 18 years.  I attended Rochester Community and Technical College and Winona State University, working towards a degree in chemistry.  My family and I lived in Preston for 15 years before moving to Greenleafton five years ago.

I am running against Greg Davids in order to be your next state representative.  I am doing this because I feel strongly that I will provide this region’s residents with significantly better representation than they currently have.

I believe that the real issues facing the residents of Fillmore and Houston Counties are not being properly addressed, or addressed at all, because Greg Davids has lost touch with his constituents.  During his tenure, I believe many people have been left out because of a lack of true representation.

What is true representation?  It is what occurs when the voices of all the citizens are lifted up by a person who takes seriously the duties, responsibilities, and obligations given to him by voters.  It is what you get with someone who is interested in hearing the views of all constituents, regardless of their ideological viewpoint.  It is the result of an official who takes the time and effort to meet with citizens, to remain continually abreast of their needs, and to keep them informed of the progress being made on their behalf.  It is the work of a leader who engages with both citizens and other lawmakers to ensure that the government is able to provide the right assistance in order to help make tomorrow better than today.

A true representative is an individual who works towards forming coalitions so that the needs and requests of the population are met.  Governing is not a “my way or the highway” proposition, it is teamwork guided by genuine leadership.  It is a collection of many voices — a blending of needs, wants, requests, demands, and desires — all combined to produce one final product.

The politics of the party over the needs of the citizens must end.  Having one side regularly block legislation simply because it comes from “the other Party” is absolutely unacceptable, childish, and unworthy of being an elected official whose sole responsibility is listening to the voices of the people.

If we have two dice with every side marked by a single dot, we can only ever roll a two — we will never be able to roll a three.  We cannot achieve a different outcome if we always perform the same actions.  Therefore, we must change our actions by changing the dice.

I propose to change the dice by providing genuine leadership, by actually listening to all of my constituents, and by inviting everyone to have a say in how they are governed.  This takes time, patience, and perseverance.  Some may say that I shouldn’t waste my time with “Republicans.”  But how can I represent all the people of this district if I do not listen to all sides of an issue? — I cannot.  We are all citizens, we all have different opinions, and I want yours to be included in the conversation because the laws apply equally to everyone regardless.  I propose a true coalition government, where every elected official works together in order to fulfill their one mandate:  To make the lives of their constituents better.

There is a better choice, a better way, than Greg Davids, because if we truly want to fix the problems that we face in our district and our society, we must stop thinking small and acting small, and instead think big and act big.  My goal is to be elected as your representative — to hear you, to work for you, to stand for you — so that you will finally have true representation.