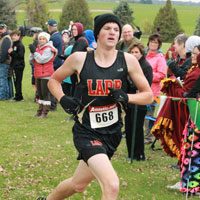 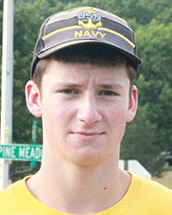 next, big step. After taking fourth at the Section 1A Meet in 2018, LARP finished second to Lake City in 2019 and earned a trip to Northfield and the state meet. There, they finished 15th of 16. Team black and red also took second at the TRC meet for a second straight year. The 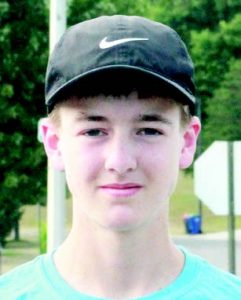 squad was led by the section’s top runner, Luke O’Hare. The senior is the two-time defending TRC Meet and Section 1A Meet boy’s individual champ, the #2 ranked runner in the Journal’s recent Cross Country All-Decade squad. But he isn’t Kingsbury’s only big returnee. LARP gets back its top four overall runners from last year’s 1A and state meets. Tyler Rislov wasn’t far behind O’Hare at sections. The junior had a 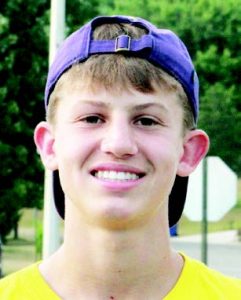 break-out year in 2019, taking fifth in Rochester. He would’ve qualified for state had his team not gone. Fellow junior Andrew Hoiness was also a top 20 sections finisher (17th) while sophomore Grady Hengel placed just outside the 20 (23rd). The squad graduated two 1A and state meet contributors (Ricky Buchanan and Mitchell Ledebuhr), so the scoring line-up needs guys to step-up. However, LARP again looks like a 1A contender. On the girls’ side, Kingsbury also returns his top four runners after having finished 10th at sections (of 19) last year. Three ladies 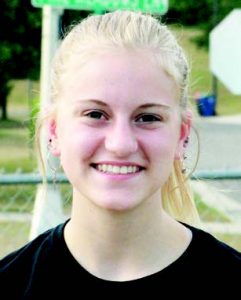 finished in the top 50 (of 135). Freshman Lauren Honken led the way by taking 19th. Senior Hannah Linder (41st) and freshman Ellie Ekern (45th) followed while junior Grace Buchanan (51st) just missed the top 50. Finding a solid fifth runner would help the girls team exploits, as its next best was outside the top 100 at sections. LARP will host three meets this year, on September 15 and 22 at Ferndale Country Club, the last on October 8 at Lewiston Golf Course.

Chatfield: After LARP, the next best Journal-covered cross country program came from the Chosen Valley. In her first year as head 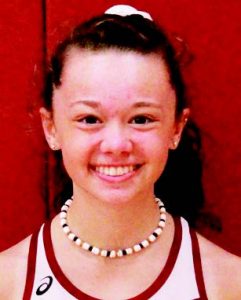 coach, Jayna Harstad’s boys and girls each had good seasons. Both groups took third at the TRC Meet (of nine full girls teams, 11 full boys teams). Each team then finished seventh (of 20-plus) at the Section 1A Meet. Now sophomore Aletta Strande was the squad’s standout, as the diminutive runner took third at the TRC Meet and 9th at sections. She qualified for state individually finishing 88th. The Gophers girls have two other returning top 40 section runner in juniors Tessa McMahon (31st) and Abbi Gillespie (37th). Fellow junior Katelyn Dornack took 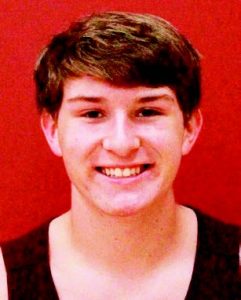 56th at sections, as Chatfield’s gals return four of their top five runners from a year ago. All four (listed above) finished top 25 at last year’s TRC Meet and have multiple years of varsity running experience. The Gopher boys top returner is senior Alex Wright. He took 11th at last year’s TRC Meet and 24th at the 1A Meet. Treyton Lanning checks in next after finishing 15th and 38th at the two big meets respectively. From there, senior Evan Wright (47th) and junior Logan Thompson (56th) each finished in the top half of the 2019 1A Meet field. They allow the Gophers to return four of their top five guy runners from last year too. Like the girls, all four finished top 25 at the TRC Meet. Basketball stand-out Cole Johnson is a notable new C-C entrant. The Gophers host a trio of meets (September 15 and 19, October 6) at Chosen Valley Golf Course.

Lanesboro/Fillmore Central: Ellen Cullen’s Burros had a middling year last season. The boys and girls squads each finished sixth at the TRC Meet. The girls then took 11th and the boys 15th at the Section 1A Meet. The gals side may have the best room from improvement. Junior 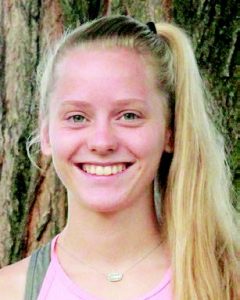 Brielle Ruen was the squad’s top runner last year, as she took 11th at the TRC Meet and 21st at the 1A Meet. Her two older sisters Leah and Bailey were parts of LFC’s back-to-back girls cross country state qualifying teams in 2016 and 2017. LFC returns its next three scoring runners from the 1A Meet. Junior Morgan Pickett (51st) was the only to flirt with finishing inside the top 50. But senior Kaylee Arndt returns to take on one last season. She qualified for state individually as a freshman in 2017, but missed last year to injury. Arndt has three top 25 placings at the Section 1A Meet. On the boys side, junior Carson Ruen is the top returnee. He finished 14th at last year’s TRC Meet, 29th at last year’s 1A Meet. All five of LFC’s guy’s scoring runners from the 2019 1A Meet return, though after Ruen, no one finished in the top 80. LFC adds a handful of typical football or volleyball athletes trying their hand at cross country. Notably, Jeremy O’Connor, Jayce Kiehne, and Kammry Broadwater, who all competed amidst LFCMC’s boys and girls true team state track and field squads in 2019. LFC will host three meets this season, September 3, 10 and 21, all at the Fillmore County Fairgrounds.

Grand Meadow/LeRoy-Ostrander/Southland: A new addition to the Journal Sports coverage is Team GMLOS. The squads are coached by Lisa Glynn. An assistant is former LARP cross country standout Austin O’Hare. Each team has room to improve. The GMLOS girls took 7th (of 9) at last year’s TRC Meet, 14th (of 19) at the 1A Meet. The boys took 11th (of 11) at the TRC Meet, 20th (of 22) at the 1A Meet. Sophomores Aubrie Schneider (54th) and Katy Ottman (58th) are the top two girls returnees, as each flirted with a top 50 1A Meet finish last year. On the boys side, senior Christian Hjelmen and sophomore Cohen Wiste are the top returnees, but both were outside last year’s Section 1A top 60. The GMLOS guys return four of their top five runners from last year’s 1A meet, but only the above two finished in the top 100. Hailey Hindt, Madison Hindt, and Kendyl Queensland notably join the girls squad. Each has track and field credentials and/or they were parts of the 2019 GMLOKS state true team squad. GMLOS will host a pair of meets at Cedar River Golf Course, on September 10 and 25.

Kingsland: The Knights will look for improvement under many-year coach Erin Milz. Kingsland’s boys took 9th at the TRC Meet (of 11), 21st at the 1A Meet (of 22). The girls didn’t field a complete team for either event with just two girls running at the 1A Meet. The Knights return just one runner total who finished in the top 100 at the 1A Meet, sophomore Garrison Hubka. Junior Susie Mettler is maybe the top girls returning runner, as she finished top 60 at the 2018 1A Meet. Kingsland has a couple of notable newcomers, track and field standout Anika Reiland, and last year’s football quarterback William Jahn. With smaller numbers, the Knights have just five meets including hosting RACE on September 3. 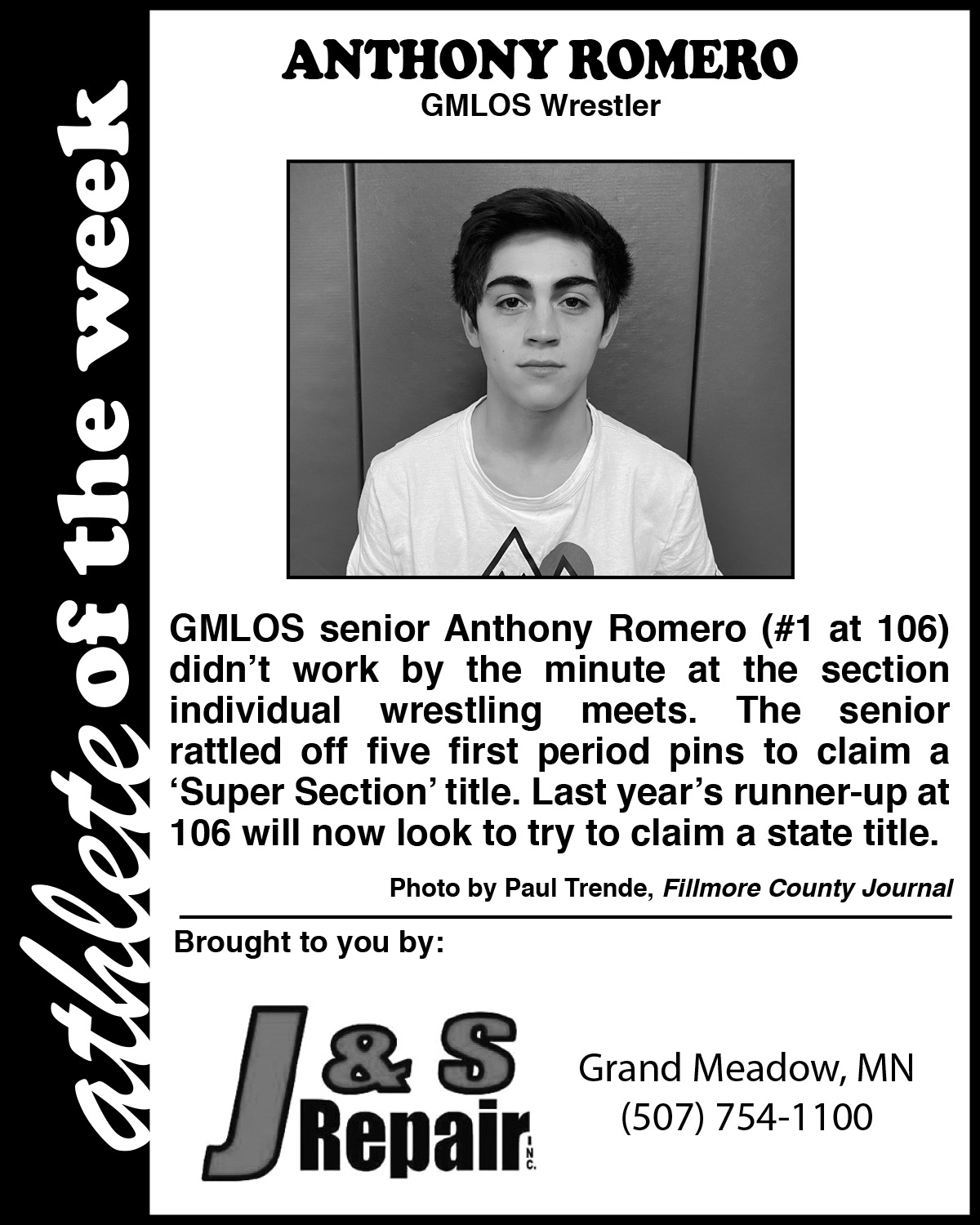